So You Want to be a Freelancer? 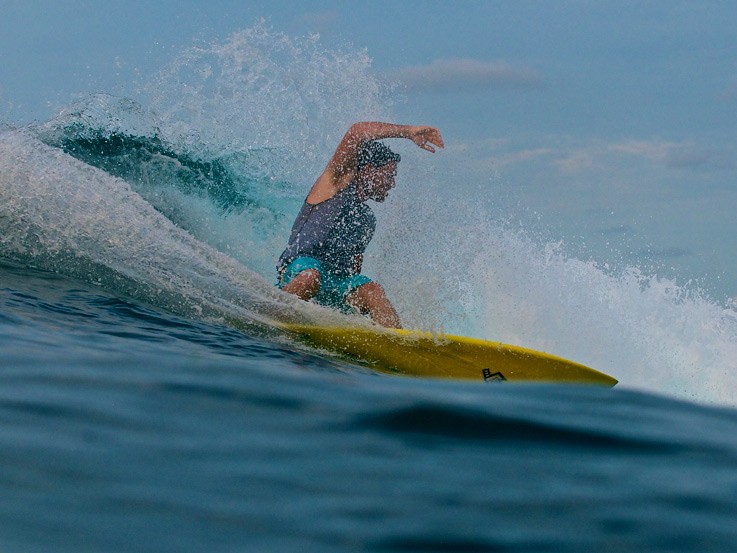 For many budding writers the freelance gig is the employment holy grail; no domineering boss looking over your shoulder, working from the comfort of your home/pyjamas/anywhere-you-bloody-feel and making your own hours. Your salt time is limited only by the ocean, rather than a stifling nine-to-five. But for every writer, photographer or designer making a killing, there are seemingly just as many grim tales of failure and financial despair. Which picture is more accurate?

“I’d never advise someone to become a freelance surf writer,” Jed Smith, 26, says bluntly from his home at Dee Why, on Sydney’s Northern Beaches. “It’s not a feasible profession at all.” Though his stark admission about surf writing may have some truth to it, the scribe has carved out a handy niche for himself in surf publications around the globe, rendering his advice and observations on freelancing useful for any budding self-employee.

Pay your dues, then move to Bali?
“I’ve been freelancing for three years,” Jed explains. “That was after a couple of years at Stab, running their website and working for the mag. In some ways I was one of the first dudes to be online and doing proper [surf] writing and journalism… and everyone took notice of that.” After two years he tired of writing about the same topics day-in, day-out, and decided to try his hand at freelancing. “Because I’d made lots of editorial contacts it was a lot easier to send emails to editors and pick up work that way,” Jed says. “But even then it wasn’t enough money to survive so I went and lived in Bali for three years.”

Chris Binns, 34 – who logged more than six years at Surfing Life, three of those as editor – also moved to Bali last year, after leaving his magazine post in May. The West Aussie now writes for Red Bull Surfing, the ASP and a host of surfing publications, and edits Sally Fitzgibbons’ website in-between occasional commentary duties, and general mainstream copywriting for the man.

The lessons? 1) Spending a few years in a stable role in an industry, learning the ropes and making contacts and a name for yourself can be invaluable to a freelance career; and 2) Times can be tight and you might be forced to live somewhere cheaper like Bali to survive. Which is, uh, pretty epic. 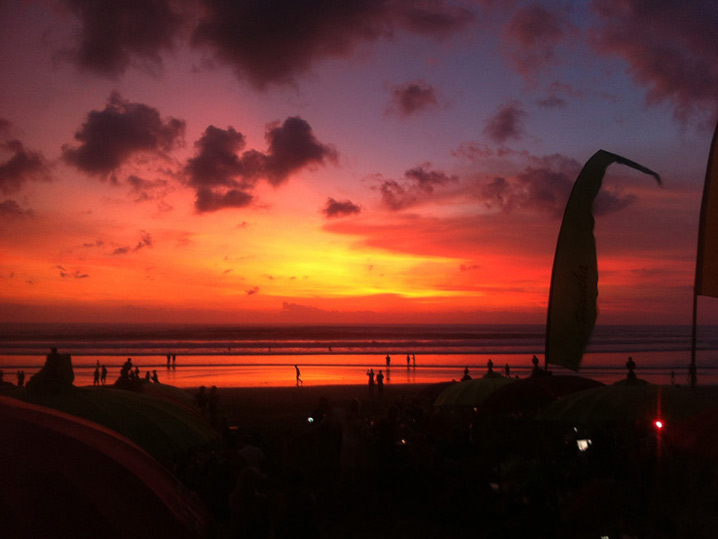 Keep the plates spinning
Jed, who has written for most of the surfing titles you’ve read – Surfer, Surfing, Surfers Journal, Desillusion, Surf Europe, Tracks, Stab, Surfing Life, Surfing World and Waves for example – also gets his kicks writing about youth culture for non-surfing titles. He describes his work simply as “talking to editors and workshopping ideas with them”, but then goes on to describe the managerial minefield the freelance life entails. “It’s like a game of spinning plates,” he says. “You maybe cut out a day of the week to pitch ideas and get people saying yes to stuff and then you want three or four things constantly to work on at any given time… you just keep on spinning the plates.”

Binnsie agrees that time management is one of the most vital freelancing skills you can have. “You’ve gotta stay on top of your schedule, and always know what’s due when and for who,” he says. “The flexibility’s fantastic, but you have to be prepared to put in the late nights to make up for the days you go surfing or take off somewhere for a couple of days.”

Avoid distractions… if you can
One of the major challenges for freelancers is staying focused. For Jed it’s paramount considering he’s based in Sydney, one of the most expensive cities in the world. “You’re gonna be wanting $1,000 a week basically [living in Sydney],” he explains, “so you’ve really gotta be on to it. When you’re not on a salary, every single moment or day you waste, you’re falling further and further behind the eight-ball.”

For Binnsie staying productive is tough given the boundless temptations of Bali. “Yeah, the self-discipline thing… I’d be a liar if I tried to offer any advice on that because I need to try to figure it out myself first! You could easily go out every day of the week, it’s always someone’s last or first night in town. And there are always waves. There are guys who absolutely kill it though. I wouldn’t say Sean Doherty’s necessarily a freelancer, but he definitely wears a few hats. He lives in Torquay where there aren’t too many distractions, and he pumps out more copy than anyone in the country, while commentating and writing books and generally being all over the place.” Key message – minimise distractions if you plan on getting any work done. 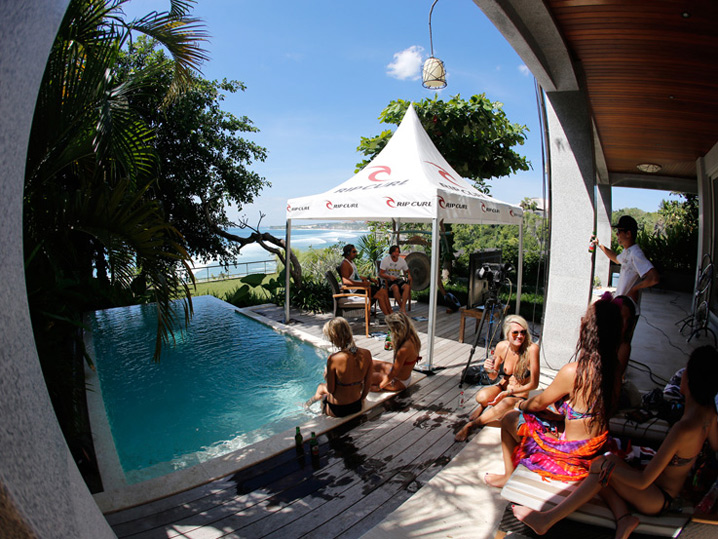 Buy a suit and cufflinks
Clearly the Game Of Spinning Plates is an irregular and at times vexing existence, but Jed says creating routines can be a good way to avoid procrastination “Gay Talese [pioneering New Journalism writer] apparently has this crazy routine,” Jed laughs. “He gets up, showers, puts on clothes, goes for a walk, comes back, has breakfast, changes again into a suit with cufflinks and then goes down into his basement to work all day!” Another roadblock to productivity is that friends and family will assume since you spend all day at home that you have hours of spare time up your sleeve, forcing you to endure regular calls to catch up, go surfing or do favours.

Jed says you simply must learn to say no, and that being productive largely comes down to work ethic. “I grew up labouring and digging holes, so it’s not too much of an issue for me,” he says. “If you’ve got a good work ethic you’ll be sweet.” If you don’t and plan to freelance, acquire one fast.

Don’t give up.
Jed says freelancers must be resilient to succeed, highlighting the fact you’ll face “a lot of knockbacks”. Binnsie concurs. “I’m always emailing guys going, ‘what about this idea, what about that idea?’ Don’t be discouraged when you hear back that they’re not really feeling it, at least now the lines of communication are open and next time someone might go, ‘hey, actually we could do something like that’ and come to you first. You’ve gotta keep knocking on doors. You can give up on a pitch and think ‘ah well, that never came about’, or you could check-in a few weeks later and ask if a mag is still keen and they might go, ‘oh, yeah sorry we’ve been flat out’ and get you on the case. Keep spinning the plates. [Yep, Binnsie said it too…] That way you’re also showing you’re really keen to work, and that’s a really important trait.” Considering Binnsie was also on the receiving end of plenty of freelancers’ pitches over the past few years, that’s sound advice.

Grab every opportunity
While Binnsie managed some solid earnings in the beginning of his freelance career – he orchestrated his exit at Surfing Life so he wrote half the content in the next few issues – he soon realised freelancing required more than “surfing every morning, cruising around in your Ugg boots, tapping away on the laptop and thinking it’s all bloody wonderful”. “I quickly learnt that if any opportunity comes you just have to say yes,” he explains. “Don’t be selective. I even wrote the menu for an Italian restaurant in Bali last year [laughs]. I was talking to a buddy who runs a bar about doing his staff handbook, I had mates who were building websites for their surf coaching business, and I proofread all of that and put time into it for them. I wrote for a four-wheel drive magazine the other day… there’s another 100 bucks. Any opportunity that came my way I took.” But, he says, it’s important to prioritise the work you’re doing too. “You know who’s going to pay well and pay the most, and if someone pays regularly then it makes more sense that you write for them more regularly.” 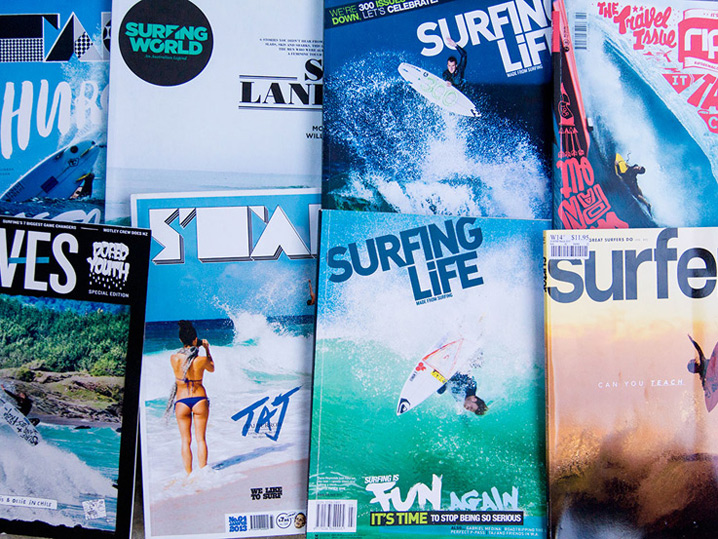 Plan ahead. Constantly scout new opportunities in the marketplace
“Double-dipping as a freelancer is fantastic,” Binnsie explains. “The more pieces you can get out of something the better. I did an interview the other day with Taj Burrow, and primarily it was for the ASP, but there’s also parts I’m selling to a mag in Canada, some stuff I’m using for a local mag, bits for a mate’s website, some other stuff I used in the recent ASP event guide. You should always be aware of how you can talk to one person and get two or three different pieces out of it. Don’t be afraid to sit on stuff either. For example with Surfing Life – I know there’s a travel issue every year, a surfboard issue every year… so you hang on to good travel stories, or things that might seem obscure about boards, but in the right environment have a home. You think, OK, it’s this time of year, Surfing Life are doing their travel issue, they might want a wacky one from off the beaten track about that time I went to Mexico. So you go for it and pitch to them.”

Follow your passions.
Sporadic paycheques are one of the toughest things to get used to in freelancing. “After seven years of my pay going in on every second Thursday… not having that is a real jolt,” Binnsie says. “It’s not that people don’t pay, it’s just not knowing the date that cash is gonna come in, while the bank knows the exact date it’s gonna go out [laughs].”

But, despite the fact freelance life can be tough – Jed cites not being paid for his work (which has happened twice) and some news agencies’ editors stealing ideas to pass on to their own staff writers, as other pitfalls of the work – it’s the freedom that keeps he and Binnsie doing it.

“I do enjoy it a lot,” Jed says. “Working for myself, following my interests… ringing up who I want to, and chatting to people I’m interested in. “I basically want to live a life where I’m passionate about the things I do,” he says. “If I was doing the same thing day-in, day-out… PR drivel or whatever the f**k it is… well, I wouldn’t be living that life.”