Macaronis Resort is situated on the edge of picturesque Silabu salt water lagoon, just across the bay from legendary Macaronis wave. Tidal movement keeps the lagoon clean and cool to swim in, with magnificent sunsets that occur over the lagoon at the end of each day.

Macaronis wave is the Mentawais most consistent and perfect wave breaking in all tides and ridable in almost any wind conditions. It's no wonder it has previously been officially voted the 'funnest wave to surf in the world', in fact in this survey an amazing 76% of all pro surfers and industry figure heads choose Macas as the 'funnest wave they had ever surfed' (refer to Waves Mag December 2003).

Macaronis Resort owners and surf guides are living the dream lifestyle, it’s hard not to get jealous, but they are doing it with care for the local community and environment. One of the major issues facing Indonesia is poverty, which is spread across its 17,000 plus islands, and existence of these remote island resorts are important in the fight against it. Macaronis Resort not only donates a fixed amount of $$ per guest per night to the local village, but also employs local villagers to work at the resort, purchasing fresh produce from them, and also contributing toward local community projects. 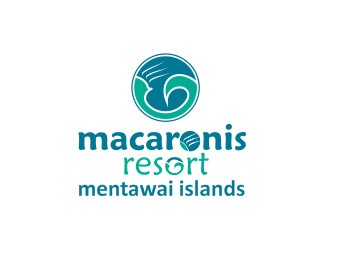