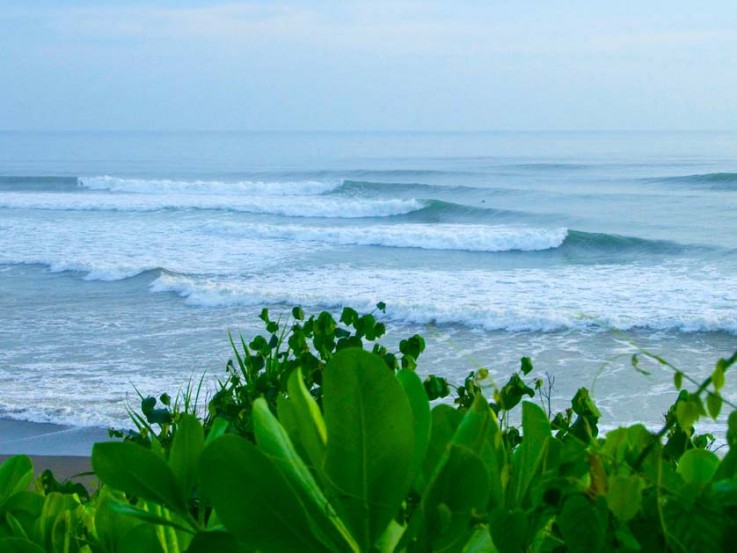 So you want to work in the surf industry. You’re mad about surfing, can’t get enough of it and you’re probably thinking it would be a great idea to get a job where you can immerse yourself in your passion. Love what you do and do what you love is what they say. You’d even be prepared to take a lower paid job to live the dream.

Estimates of the number of surfers in the world vary widely. In May 2012 The Economist web site reported that the number of surfers (people who claim to surf at least once a year) worldwide grew from 26 million in 2001 to 35 million in 2011.  Surfers are the consumers of the industry and it would be safe to assume that with more surfers in the world, the surf industry must be growing and there a number of signs that it will continue to grow for the next five to ten years.

There are various estimates of the size of the surf industry.  According to the statistics brain web site the worldwide surf industry revenue was $US6.24B in 2010.  If we assume that the average punter (one who punts airs) earns $US70k (remember the top pros earn in the millions but the average shop assistant probably only pulls around $US20k, not to mention the clothing factory workers in Bangladesh), that means there are about 90,000 people working in the surf industry worldwide.  As a guess, that’s one person working in the industry for every 400 surfers in the world.

So what are the indicators of growth for the surf industry? First of all, whilst the surf industry revenue actually fell from an estimated $US7.22B in 2008 to $US6.24B in 2010, we can safely assume that, like most other industries, this was due to the global financial crisis.  The industry is now beginning to pull itself out of this downturn.  A recent report by Global Industry Analysts Inc (summarised on the PRweb site) is estimating that the world surfing market is forecast to reach $US13.2B by the year 2017.  According to this report the primary driver for this growth is the initiative being taken by surfing equipment makers, marketers and associations in making surfing much more accessible to a broader demographic

As an indicator of future expansion of the surf industry, in a recent media release the Association of Surfing Professionals (ASP) announced that the new world title sponsor would be Samsung Electronics Co., not one of the traditional surf brands.  Whilst non surf industry sponsorship is not new, such a significant sponsorship is an indication of the appeal of surfing to the broader market.  Samsung will surely be looking to use this surfing sponsorship to build its brand appeal beyond surfers.  This expansion of surfing’s appeal into the broader market will affect the industry in two ways; it will attract more people to take up surfing, and, it will open the mass market for surf brands to penetrate.

The surf industry has traditionally flourished around the coastline, however, exciting new technologies in artificial waves and wave parks could see a whole new industry sector develop inland.  Can you imagine a new inland surf culture developing with its own fashions, equipment, stadium competitions and surf heroes?  If you combine this inland geographic expansion of the surf industry with big corporate sponsors the industry has the potential for significant growth.

Finally, think about where the growth in the surf industry will occur.  The Surfing Australia web site reports an estimated 2.2 million surfers in Australia and in 2002 Boardtrac (a surf industry group) estimated the American surf population to be 2.4 million.  That leaves some 20 – 30 million surfers to be accounted for in Europe, Asia, South and Central America and the Pacific islands.  According to the Global Industry Analysis Inc. report the major share of the surf industry growth will be in the US and Europe.  The report projects that the market for surfing apparel in Europe is expected to surge at a compound annual growth rate of 5%.  One indicator of the size and growth of the surf industry in Europe is the number of surf camps advertised on the Surf Camps Europe web site.  There are 60 in France, 109 in Spain, 116 in Portugal and 45 in Portugal.  Compare these with just 17 in Indonesia, and 18 in Australia, the same number as Britain and only twice that of Ireland.

So is expanding the surf industry big enough to employ you?  With revenue expected to grow from $US6.24B in 2010 to $US13.22B in 2017 and based on an average income of $70k per annum there could be employment growth from around 90,000 to 190,000 jobs worldwide in that period.  If you combine this projected expansion with the potential growth of wave park surfing the industry growth could be even larger.  The surf career market will be expanding and if you really want to work in the surf industry and are prepared to travel there will be many opportunities in the the projected growth areas of the USA and Europe.

The latest Shapers Salary Survey brought to you by AKU Shaper and Shaperbuddy is completed, download the results by entering your details in the form below.