The 5 Best Ad Campaigns in Surfing 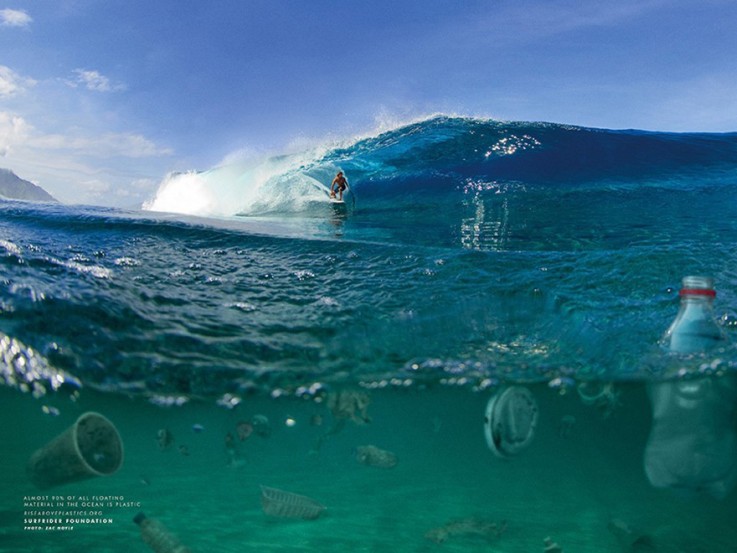 Lets face it, marketing is a huge part of surfing. From individuals to multi-national companies, those in the field will tell you about the importance of a strong brand identity and message in such an industry. Occasionally companies absolutely nail the brief, so we've compiled a list of our favourite campaigns from the world of surfing. If you're thinking about a marketing career in the surf industry, look no further than the best in the business for inspiration.

As probably one of the longest running and notorious campaigns in surfing, 'The Search' is all about returning surfing to its roots and acknowledging the collective ambition of all surfers in ‘searching’ for the perfect wave and experience. 'Live the search' has forever been the slogan of Rip Curl however it started to develop into more of a campaign in the 90’s when Rip Curl released a franchise of films under ‘The Search’ title that documented Rip Curl athletes taking on some of the world’s most remote waves, as filmed by the late Sonny Miller.

All through the 90’s Rip Curl was travelling to, and snapping their surfers in locations and waves that had never been showcased before as ‘The Search’ became the ultimate case study in surf marketing. It was even later developed into a competition on the Pro Tour. The Rip Curl Pro Search was an event that moved to a different location every year, often granting more remote countries that rarely/never get to experience professional surfing the opportunity to play host to a tour event.

Rip Curl continues to use ‘The Search’ campaign to this day as both an advertising tool and an opportunity to test-drive different wetsuits, boardshorts and other products in various conditions around the globe by sending their athletes on ‘traditional search reconnaissance missions’ as put by Rip Curl. The Search never ends. It’s hard to choose one SurfRider Foundation campaign as being better than the others. Winning countless awards, SurfRider ads have a history of being graphically brilliant and equally confronting in articulating the clear message that we are polluting our oceans. SurfRider Foundation Director Brendan Donohoe is quoted as saying that “Plastic poisons oceans, waves, beaches and creatures, including surfers. The campaigns highlight how all sorts of skill sets combined with a passion can help make a difference. Art meets technology, meets activism - job started.  Now let's stop chucking and start cleaning!" A great example of the social power of advertising. Insight is arguably one of the most influential youth brands of the last decade and credit is largely due to their marketing. Insight’s campaigns have received widespread recognition and acclaim from within and outside the surf industry for their pure creative brilliance and innovative, outside -the-box thinking. Their most notable work comes from a time where Insight were at the top of their game and eating up the worlds of surf, skate, fashion, art and music, all of which influenced these famous Dopamine campaigns. Working with photographer Dustin Humphrey, Insight developed the surfing portion of Dopamine and sequel Dopamine 2 primarily based around a grungy surrealist aesthetic and the meeting of underwater art installations with surf action provided by the Insight team. 4. Billabong - I Surf Because

Much like Billabong's hand in the surf industry, this campaign was everywhere in 2010-2011. Billabong wanted to remind everybody that it was indeed part of surf culture. They began the ‘I Surf Because’ campaign in print and on billboards with a focus on real surfers and their love of surfing. They then created an interactive online platform for the campaign (isurfbecause.com) which did wonders for consumer engagement. The website allowed users to choose a video clip or image from their gallery and customise the text to reflect why they surf with weekly prizes on offer for those that were deemed the best. A big part of why the campaign was so successful was the image and video content in the form of personal testimonials from Billabong team riders, in which they were humanised more than ever as they talked about the nature of surfing and what it meant to them. This of course included the late Andy Irons, whose video tragically ends with a haunting confession; “I surf because... it keeps my life at an even keel, without it I would tip into oblivion”. The tale of Gotcha has become one of folklore in the surf world. Started by Michael Tomson in the late 70's Gotcha was at the forefront of surfwear even becoming the 3rd most profitable brand in the Industry in 1987. Despite being stocked in department stores, a move that has traditionally tainted the homegrown image of surf brands, Gotcha managed to maintain an image as the most hardcore surf brand around with its genius and agressive marketing strategy. The 'Don't Surf' campaign of 1988 saw Gotcha placing print ad's featuring an image of a traditionally 'non-surfing' individual with the caption 'If you don't surf, don't start' printed at the bottom of the image, then on the next page appeared an image of a Gotcha team rider with the caption 'If you surf, never stop' printed bellow it. Gotcha claimed their highest sales figures to date that year, shortly before their sale and eventual demise. Golden advertising from a golden era.